Edinburgh is a city where you’re never short of things to do and see. We’re lucky to have a rich history, fantastic tourist attractions, and lots of cool things to see on your visit to the city.

Today we thought we’d take a look at the top five tourist attractions you can walk to from LITE, which will be held in CodeBase and sits right in the shadow of Edinburgh Castle! But, we also thought it might be fun to take a look at some of the spots around the city that are less likely to be packed with people to allow you to get a real feel for Edinburgh! It's hard to keep a secret in Edinburgh, but this is as close as we could get!

Obviously, Edinburgh Castle is a huge tourist attraction. You can easily see it standing over the city from most of the surrounding areas of Edinburgh, and it gives you the chance to visit attractions such as the Stone of Destiny and the Crown Jewels, as well as getting to witness the famous One O’Clock Gun getting fired.

If you’re looking for a bit of culture, then the National Museum of Scotland is the perfect place to visit. Located right in the heart of the city on Chambers Street, the museum covers art, history, nature, design, science, technology, fashion, and even has a whole building dedicated to the history of Scotland.

The Scott Monument is located at the east end of Princes Street Gardens and was erected as a tribute to Sir Walter Scott after he died in 1832. It’s a lot of stairs to the top, but the views over the city are totally worth it. 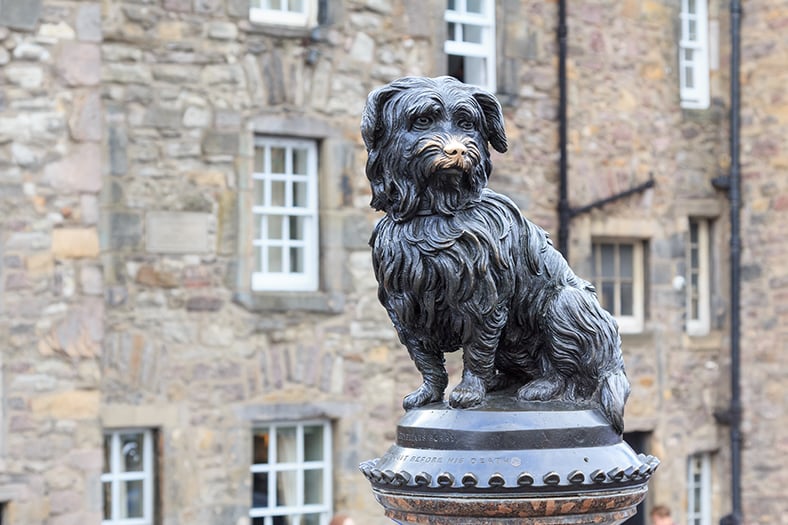 If cute dogs are your thing then why not visit the state of Greyfriars Bobby? The statue was created in memory of Bobby, the little dog who refused to leave the grave of his master in Greyfriars Kirkyard, which is located just across the road. He was looked after by the people of Edinburgh for 14 years before he died in 1872. If you do decide to visit though, don’t be tempted to take part in the apparent recently-created tradition of rubbing Bobby’s nose for luck, as it is leaving Bobby with a poor worn down nose.

The Palace of Holyroodhouse is the Queen’s official residence in Edinburgh and sits right at the bottom of the famous Royal Mile. Visitors can explore part of the Palace and learn about historical figures such as Mary, Queen of Scots and Bonnie Prince Charlie. 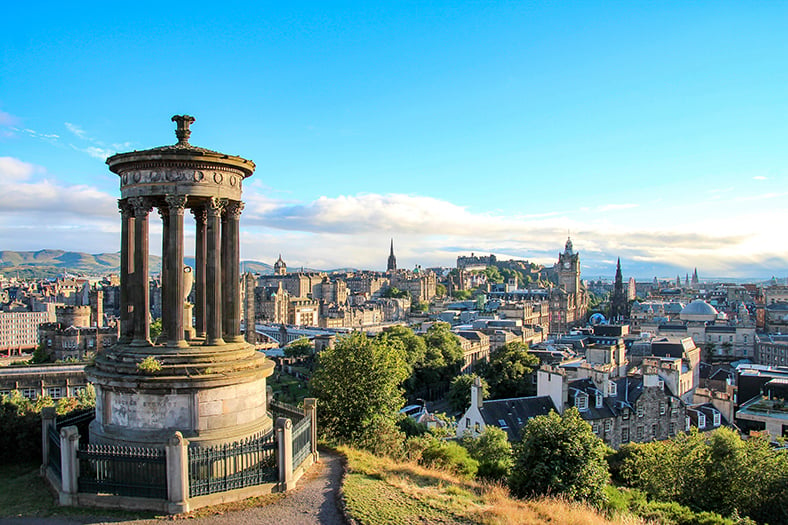 If you’re looking for spectacular views of the city, but you don’t fancy fighting through hordes of people, then Calton Hill could be the perfect place for you. It is also famous for its collection of historic monuments, including the never-finished National Monument.

If regular museums aren’t your thing, then why not take a visit to the Suregons’ Hall Museums? The museum started life as a teaching museum for medical students but is now open to the public!

The Cameo Cinema is located in the Tollcross area of Edinburgh and has a beautiful retro feel to it. The building itself features some spectacular architecture, and it shows a mixture of new releases and retro classics!

The Union Canal runs right from the centre of Edinburgh all the way to Falkirk, so if you’re looking for a pleasant walk through the heart of the city, this is the perfect place to do it.

Tucked away off the Royal Mile, Dunbars Close Garden is a beautiful place to relax that many Edinburgh locals don’t even know about. Laid out in the style and character of a 17th century garden, it’s a lovely place to relax and enjoy your surrounding.