The Cost of Doing Nothing

When a business starts, priority number one is survival. Founders paying their own wages, and employees dependent on them paying theirs, is a scary prospect. Sadly, for many companies, this is as far as they go. But what about the success stories? What about companies that get beyond survival, and scale into multinationals and conglomerates? Unfortunately, The Notorious B.I.G was right - "Mo' Money, Mo' Problems". If growth starts to slow, the knives are sharpened. And if a process is 1% less efficient than it should be, the impact is magnified.

Fear and Loathing in Copy/Paste

For example, let's say a Training Coordinator has to copy/paste data between three spreadsheets to let the company academy know who's attending a class, who's running the session, and what venue is available? Not only is this open to all kinds of user error, if this process takes just 15 seconds per student, it's still taken too long.

Over the course of a year, assuming a class size of 15, if a coordinator does this daily and works a five day week, it's 16.25 hours per year of inefficiency per employee. Sure, that's not a huge amount of time. But in a team of 20 training coordinators, on an average salary of £12p/h, that's £2975 a year lost to CTRL+C, CTRL+V.

Scale this inefficiency across 100 branches of a global operation, and suddenly, you're staring at an entirely avoidable six-figure bill. Yes, you'll lose more than this per year to bathroom breaks. But unlike bathroom breaks, this can be prevented without hitting the front page of the newspapers. If you could save your company £297,500 by changing one tiny thing, you would, right? So why do multinationals let minor inefficiencies manifest into major issues?

Put simply, if it's not broken, don't fix it. It's often hard to get buy-in when a problem hasn't been identified. It might be known as an inconvenience, and a minor inefficiency. But that doesn't mean that it's been quantified, or considered worth solving. While in the above case using three spreadsheets instead of one is expensive at scale, the cost of implementing and training teams to do something else would likely be higher. The knowledge that the solution is inefficient is there, but the practicality of making a change isn't without further investigation.

The Power of "And Then"

The "5 Whys" methodology has long been a successful tool in quick root cause analysis. The goal of asking "Why?" five times helps to determine the source of why a process has gone wrong. However, a common criticism is that it's easy to get diverted from the true issue. For example, a 5 Why analysis of a scheduling error could easily reach a conclusion at "John entered the wrong information because he was distracted by a phone call", when the deeper issue is that there's a system in place that requires complete and undivided attention to follow.

While system and process inefficiency will eventually rise to the surface, when making a decision on whether a system is worth replacing, consider the "5 Then's". For example:

End result: We have to hire more people, and carry on with an inefficient system as we don't have the resources available to facilitate the change.

In the above analysis, there's potential for:

As such, the cost of letting the multi-spreadsheet inefficiency remain is clearly infinitely higher than the initial £2975 from doing one small task in an inefficient way. But without an analysis of the potential results of inaction, it's all too easy to overlook.

What Needs To Change? 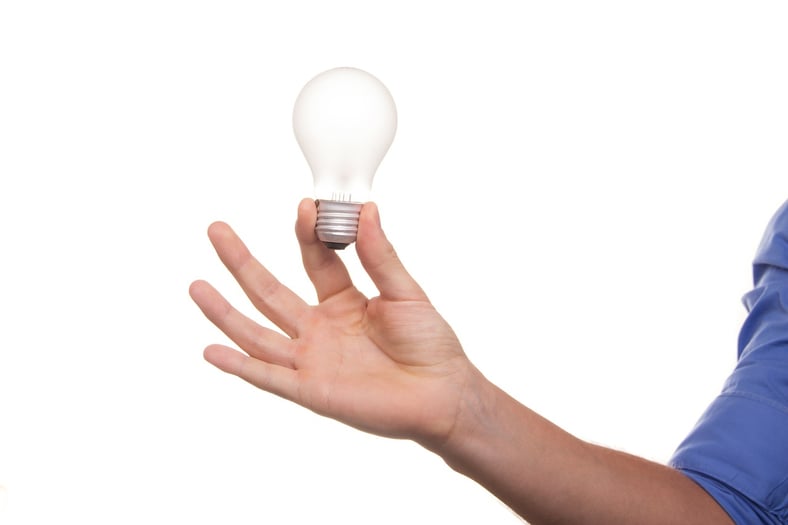 Organizations of all sizes, but especially multinationals, need to encourage a principle of bias towards action. That is, if a problem arises and it can be solved, to bias towards solving it before going through an extensive series of approval channels. While the "lean movement" has done wonders for some industries, there's many that the impact has been more localized - such as professional services and finance. Making this change requires empowerment across the business, and the hiring of professionals whose opinion can be trusted.

You Want my Intern to Have the Same Authority as me?

In a sense, yes! By all means hold on to it, but they should have the ability and confidence that if there's a problem, they can go solve it. If you've an intern or junior employee that you don't feel can be trusted with the authority you have, ask yourself why - five times! This process can be hugely helpful in developing your team, and also yourself.

The benefits of improving just one thing by 1% have been championed across industries - from Dave Brailsford's work with the Team Sky/GB cycling team, to globally progressive organizations like Administrate customer PwC. By making minor gains over time, we see a compounding effect, where the benefits will scale. In scaling organizations, making marginal gains is no longer an option, it's compulsory.

Continuously improving processes and systems is the only way to make sure that your growth is maximized, your costs controlled, and your team stay on target. Failure to do so is acceptance of flat growth, and in time, a decline. Don't let it happen on your watch.

Download your free Marginal Improvements guide to get even more tips!